​​This material was first presented as a lecture in the virtual world of Estel Sidhevair on Nov. 5, 2008. That lecture was geared to online community members of the “Fantasy Archipelago” in an Old Virtual grid and in particular to the Elf Circle Guardians who include the ethics of the Nine Virtues in their training to act as mentors and first responders to online trouble for the approximately 1500 members of Elf Circle (EC). Please note that the material is also presented with a distinct mythopoeic approach,  basically written  by and for creatures of fantasy. The original lecture transcript has been modified for a more general audience.

While the Nine Noble Virtues are drawn from Norse religious perspectives,  this introduction and the nine lectures which follow also draw from other ethical and religious constructs from around the world including Celtic,  Hellenic,  and East Indian perspectives.

The original lectures were presented online on Wednesday nights at 8 PM with some breaks for various holidays. They were facilitated by the direct avatar interactions made possible via digital worlds. The lectures were all presented in the main conference area of the community center (Enedh Gwaith) on the virtual island of Estel Sidhevair.In some cases there were guest speakers, where appropriate their remarks are included with the main lectures. Each lecture was followed by a discussion section. These talks at times lasted far into the night,  sometimes growing rather heated. 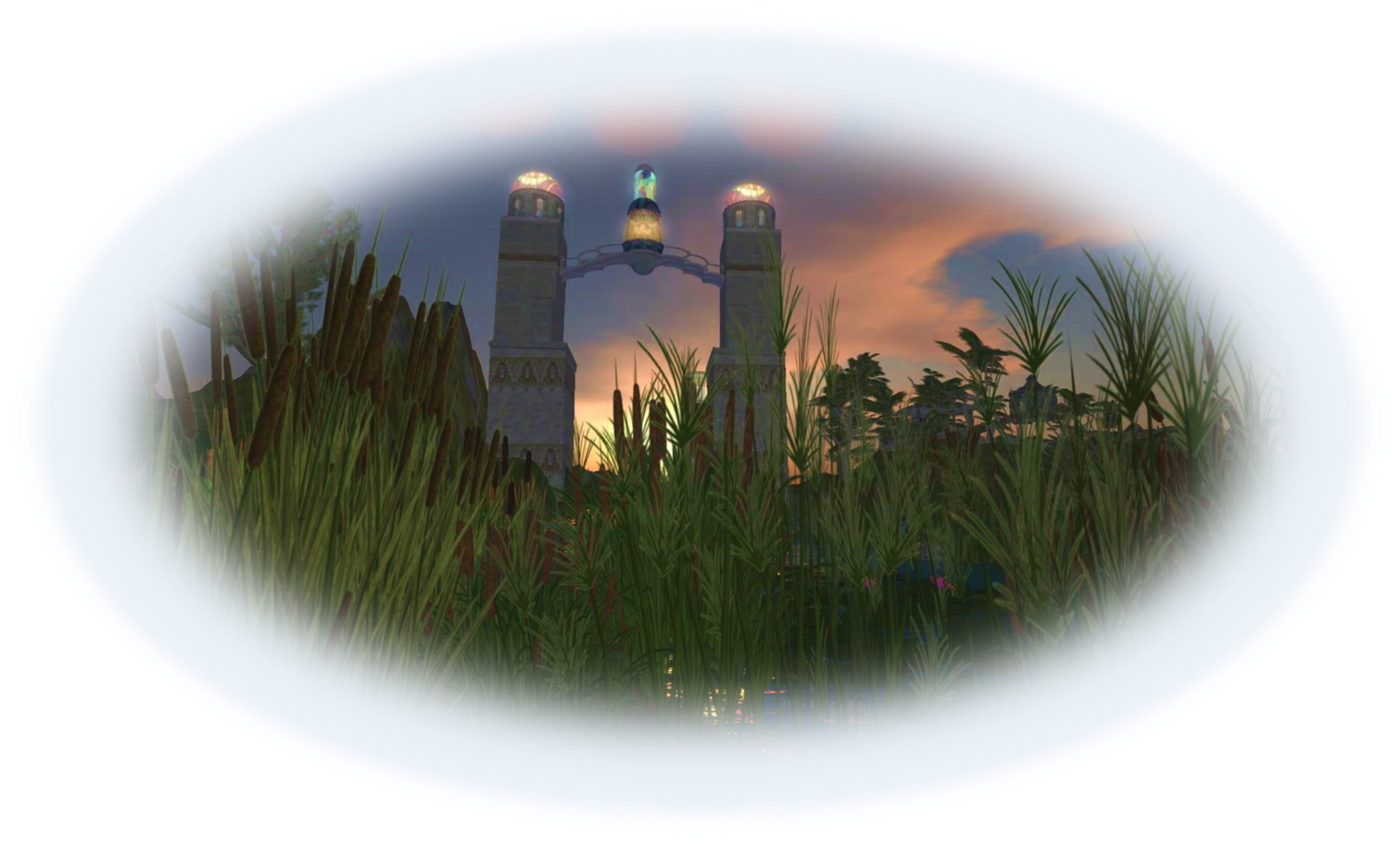 Please read the introductory information below first and  then follow the links in this section to read about each of the Nine Noble Virtues.​

Welcome to our Look at The 9 Virtues

About the Original Lecture Series

The 9 Virtues lecture series was presented originally by the Faelf who comprise the members and avatars of Westernesste and the Sidhevairs. The Sidhevairs are a non-profit arts and educational association which share a group tax exemption under 501(c)3 of the Internal Revenue Code as a chartered coordinating subordinate organization of Westernesste. Donations to us are tax deductible. You can learn learn more about our parent organization by following the links above.

I want to stop right here for a moment and quote J. R. R. Tolkien, who, in 1941 found it important to indicate clearly his separation from the fascistic rise of Nazism and the (mis) appropriation of Old Norse and Germanic Pre-Abrahamic religious thought. Tolkien remarked that he had a “burning private grudge ... against that ruddy little ignoramus Adolf Hitler” for “Ruining, perverting, misapplying, and making for ever accursed, that noble northern spirit, a supreme contribution to Europe, which I have ever loved, and tried to present in its true light.”

(Mis)appropriation of Old Norse Paganism and its misuse to spread separatist and racist ideas of Aryan superiority and “purity” continues to this day, and as a mixed creature--a Faelf--I certainly stand firmly against such fascism, tyranny and authoritarianism. While I disagree with Lord Tolkien’s judgment that the beautiful Northern European Spirit he so loved is “forever accursed”, I do feel immense sadness that like many other beautiful religions, the sacred wisdoms are twisted into justifications for hatred and claims of supremacy. 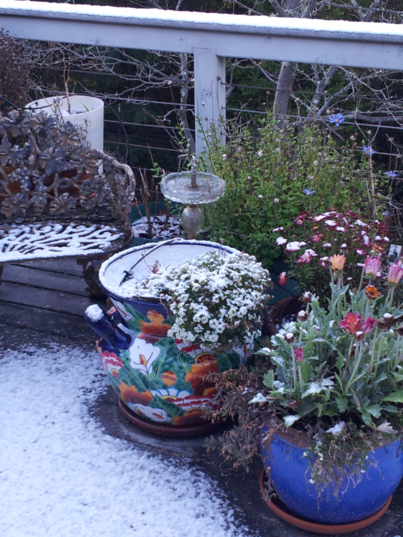 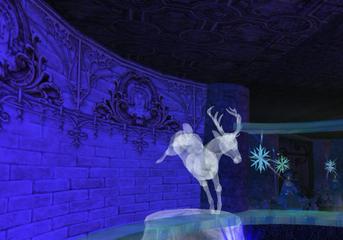 The Poetic Edda is the central and primary source on Norse Myth and Pre-Abrahamic Religion, and the most complete version of these materials was found in the mediaeval 13th Century BCE, (roughly the 5th Era of Middle Earth) manuscript known as the Codex Regius (King’s Book). This manuscript was shrouded in the mists until 1643 when it fell into the hands of Brynjólfur Sveinsson, then Bishop of Skálhol. He took it upon himself to give the Codex to the King of the Danes where it remained for several centuries and was only returned to Iceland in 1971.

The return of the Codex Regius to Iceland significantly coincides with a cultural and social religious movement that is usually known as the Second Revival of Norse and Germanic NeoPaganism. The first wave of this movement dates back to the early 20th Century.

The Norse/Germanic branch of the modern Neo-Pagan movement also known as Heathenism or Heathenry is a modern revival of historical Germanic and Norse Pre-Abrahamic religion. The Larger movement is often described as “Pagan” or “Neo-Pagan” (from the Latin Pagani—”people of the earth/countryside”), and “Heathen” is the Germanic version of that Latin concept. Precursor Heathen movements appeared in the early 20th century in Germany and Austria. The second wave of the revival is known variously by a number of names with the most familiar being Odinism and Ásatrú.
​Norse and Germanic Neo-Pagan groups, and in fact all modern Neo-Pagan paths and traditions cover diverse and broad ethical, spiritual, and religious perspectives. These range from deep mysticism and occult practices, to synchretic (eclectic) practices. They also encompass polytheistic and animistic reconstructionist beliefs, and purely pragmatic psychological viewpoints (For example, one sees the Gods as symbols/archetypes impacting human thought.). Like Elves, Faeries, and Faelf, most modern Neo-Pagan humans share a reverence for the Earth.

Norse and Germanic Neo-Pagan deities are primarily drawn from Old Norse and Anglo-Saxon Religions. One’s ancestors are also venerated in many cases along with animistic (land loving) practices most usually associated with rituals dedicated to the Elves and Wights.

Norse Neo-Pagans can be distinguished in many cases by common cultural and seminological (signs and symbols) perspectives, which emphasize individual and personal virtue as guided by the importance of one’s internal spirit (soul), and adherence to the concept of Wyrd (similar to Hellenic destiny and Hindu karma to some extent). Personal Wyrd is influenced by an intricate interwoven tapestry of the past, the present, and one’s careful choice to enter into promises, vows and contracts, which by their very nature stretch into the future. These perspectives, along with a strong emphasis on virtue, are the basis for the Norse/Germanic focus upon the guiding set of nine ethical principles that are the topic of these lectures.

There are many lists of sacred virtues throughout the world, with more than one hundred sets in Western European cultures alone! Despite the variety, there are core spiritual values to be found in most traditions both “East and West”, including concepts related to love, kindness, humility and diligence. Most spiritual traditions tend to esteem service, humility and disciplining the Self.

Human history was dramatically impacted by a pivotal period that ranged from around 900 to 200 BCE. In this time, many familiar religions and perspectives emerged. These include Hellenic (Greek) rational philosophy; India’s Hinduism and Buddhism; China’s Confucianism and Daoism; and Israel’s monotheism. A shared concept in all of these traditions, despite widely variant concepts of divinity (ies), is an idea that if people attempt in a disciplined manner to re-educate themselves, that they will improve and enhance their natures. All of these paths emphasize the eradication of the undisciplined ego, which is seen as primarily responsible for war, misery, violence, and separation from the divine. The shared goal of all these paths is to promote empathic and spiritual behaviors similar to the Christian concept of the “Golden Rule”.

Modern Neo-Paganism has emerged in a time well past this pivotal time. While it draws upon religious concepts, folklore, myths and ideas dating from well before this period, it is still steeped in these latter concepts. For this reason, most modern Neo-Paganism, even if very focused upon one ancient path, is in essence seen through the veil of cultural assumptions that came later and thus by its nature can be seen as synchretic.

Within that synchretic stew of ancient forms, symbols, concepts, divinities and rites mixed with the more modern struggle for self-improvement, emerges a unique spiritual quest for meaning that is in essence deeply novel in its unusual blend of Paleo- and Neo-spiritual frameworks.

In the Outworld and here in our “Second Lives” it is often the case that for modern religious and spiritual adherents, and for those choosing to walk an ethical path, the challenge to one’s ordinary life and one’s spiritual progress often resides in the contrast between the control of selfishness (often called “the Ego”) and the process of successfully navigating one’s course in the world.

This is where ethical constructs and the formation of lists of virtues often come into play. We look for a structure upon which we can order and organize our social and spiritual behavior. With lists of valued virtues we can clearly determine and train ourselves in the appropriate action to take as we move through our lives.

Those of you Fantasy creatures who practice Cloud divination will recognize the sense in which any grouping can be seen to be arbitrary and subjective. That said, because Humans, Elves, Faeries, and Faelf (and related creatures) share similar physiologies and cultures, including neurological similarities and social structures, it is not surprising to find that observers of these lists of virtues, attributes, goals, etc. will find that they often agree and share similar patterns. (Although it must be admitted that since many fantasy and human creatures are so enamored of patterns, they will find meaning where none may actually exist.)

As I mentioned earlier, the Nine Virtues was based primarily upon the Hávamál (High One’s Sayings) a single poem which revolves around the perspective and advice of the All Father—Odin, and was drawn from combined earlier oral folk- and religious traditions and poems. The Hávamál is fascinating particularly in that it combines the most seemingly mundane and practical life guidance with deeply religious wisdom verse. It provides insight into the mind of the God (some verses are written from His viewpoint) and His magical knowledge, wisdoms and spells. It also relates the manner in which Odin obtained the Runes, a sacred Norse alphabet of important divinatory and religious meaning.

The modern Norse and Germanic iteration of the Nine Noble Virtues codified by John Yeowell (Stubba) and John Gibbs-Bailey (Hoskuld) of the Odinic Rite were originally written for “A Book of Troth” by Edred Thorsson, an Ásatrú religious scholar. 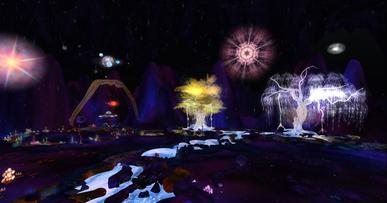 This is the original text of the introduction to the lecture series:

​Welcome to the Sidhevairs and our discussion of the Nine Noble Virtues. The next nine weeks will be devoted to an exploration of ethics from Earth-based,  or Gaian/Pagan and mythopoeic,  or myth-making/fantasy-based perspectives. By no means are such ethical structures limited to one group or subgroup. In fact, the 9 Virtues and similar constructs are of value to anyone interested in walking a spiritual, empathic, or ethical path.

For those of you who are Elf Circle Guardians, apprentices, or have attended classes in Elf Circle, you are already familiar with these virtues as they are presented in one of the required EC classes for advancement to apprenticeship. What some of you may not be aware of is that the concept of the Nine Virtues does not have its birth within Elf Circle, but rather, they are based upon the Nine Noble Virtues, a code of ethics which are in turn drawn from Northern European pre-Abrahamic religious thought, most specifically the Old Norse poems known as the Poetic Edda (with the Hávamál being of central importance), the Icelandic Sagas, and Germanic heroic legends and folklore.